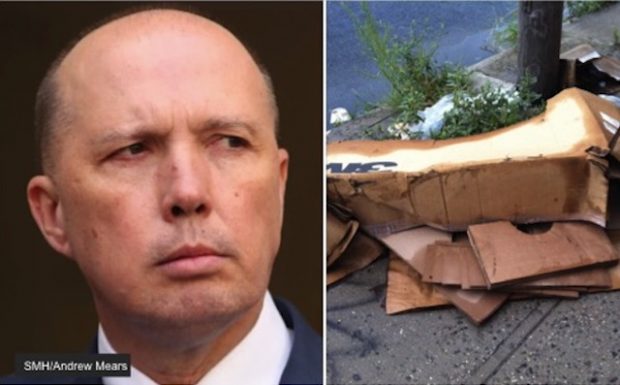 A soggy old box in an alleyway near Parliament House has come forward as a viable alternative to Peter Dutton, saying it would run on a platform of being the more charismatic alternative for Australia.

It means the Liberal Party will now have to make a tough choice between the two-dimensional, inanimate object and the cardboard box.

Some MPs said that, while they were originally supportive of Mr Dutton, they were being won over by the relative charm and magnetism of the former storage item. “I spent some time with Mr Dutton this morning, and then with the cardboard box. In comparison, there is a certain je ne sais quoi,” one MP said.

Others were still to make up their mind. “It’s very rigid, it doesn’t really serve much purpose. But then, neither does the box. It’s tough”.