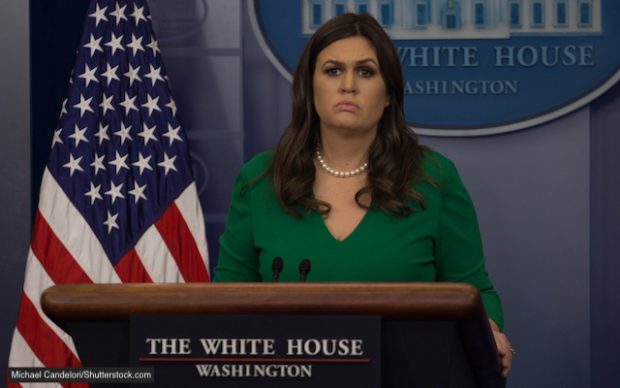 A spokesperson for Donald Trump says it is impossible that the President used the N-word on the set of The Apprentice, because he doesn’t know any words starting with N.

“The N-word simply isn’t in the President’s vocabulary,” Press Secretary Sarah Huckabee Sanders said, holding up as proof a list of the 47 words that Mr Trump knows.

“He’s defintely racist. But let’s be clear here – the word you’re referring to has two-syllables”.

Trump supporter Kyle Randole said he couldn’t believe the President would use that word. “I know a lot of words. But the only N-word that matters is ‘America’”.