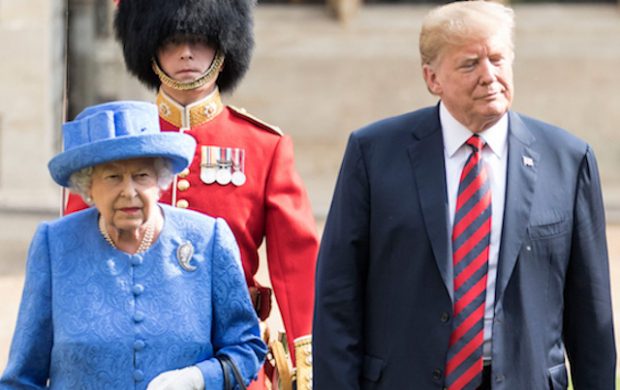 Referring to himself as ‘property royalty’, Donald Trump offered to give the Queen a free lesson in wealth accumulation, as the two walked through the 13 acre Windsor Castle estate yesterday.

“I own eight buildings in New York and a golf course in Scotland,” the US President said, asking the Queen if she’d ever been to Scotland before.

“And you should see my apartment. It’s huge. Really big,” he said, adding that since he became President it had been staffed by a permanent security team out the front.

The Queen later broke with royal protocol, referring to Trump as a ‘massive twat’.