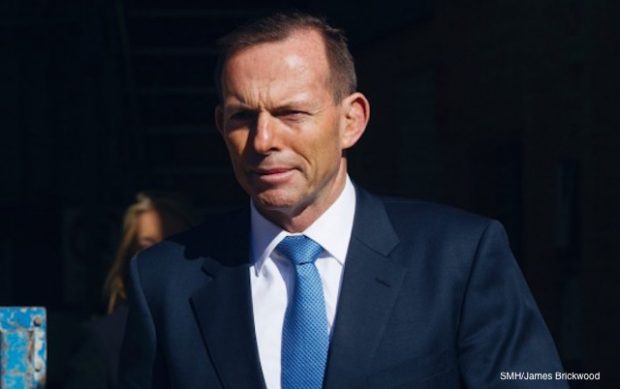 Tony Abbott has used a speech to a group of climate sceptics to express his concerns about the Paris Climate Agreement, demanding to know which idiot Prime Minister signed Australia up to the scheme.

“What an absolute wanker. Who on earth would do this? Some pathetic, small minded idiot no doubt,” he said to cheers.

Those at the event told Mr Abbott the person responsible sounded like he would’ve been a bully. “Aggressive, no foresight, no vision I’d say,” one attendee commented.

Mr Abbott said he wanted the name on his desk by the end of the day.