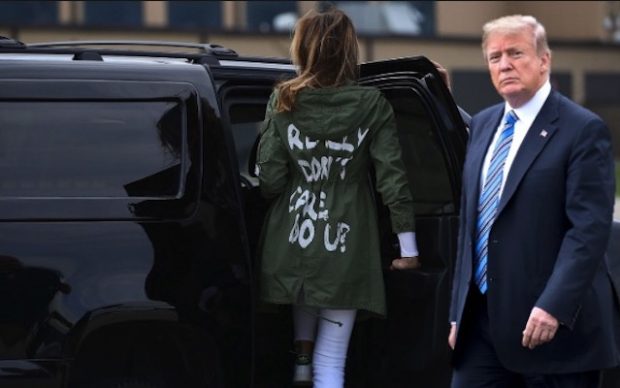 The First Lady has been widely condemned for going out in public sporting an offensive husband in a move that many have described as ‘tone deaf’.

The choice of husband detracted from Melania’s attempts to talk about the plight of children in detention. One commentator labeled the orange garment as ‘tacky’, another as ‘utterly distasteful’.

“Surely when Melania left the house this morning she realised the repugnant thing hanging off her arm. It’s so inappropriate,” a Democractic Party spokesperson said.

But the First Lady’s office hit back saying the husband was merely a distraction and urged people ‘not to focus on her wardrobe’.