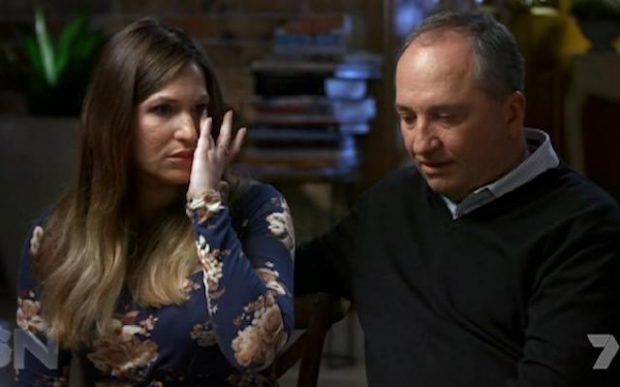 Saying enough was enough, Barnaby Joyce has again called for journalists to respect his privacy, after he arrived home last night to find a camera crew and interviewer actually set up and waiting in his living room.

“It’s absurd” Mr Joyce said during a press conference this morning. “We’ve had drones, we’ve had reporters. But this is a whole new level. Again and again I’ve asked for the media to respect Vikki and my privacy, and yet here we have a team from Channel 7 actually set up in my own house! Where do they draw the line?”

Mr Joyce and Ms Campion talked with the Channel 7 reporter for an hour, explaining how their privacy was being breached. “Eventually they left,” Joyce said.

The couple has reportedly accepted a $150,000 payment from Channel 9 to tell their side of the story in a tell-all interview about the interview.

NEW! – Support The Shovel by becoming a member.