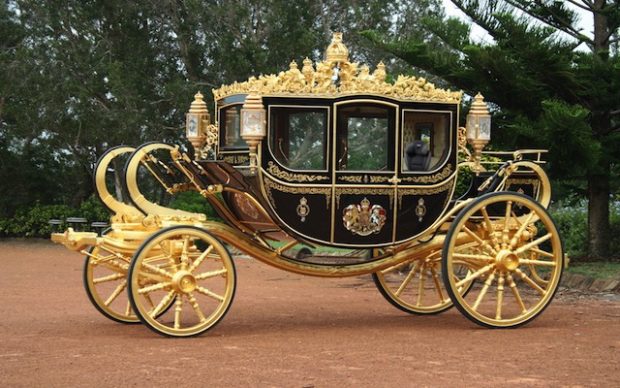 Prince William was this morning trying to get the child seat strap to reach the bloody anchor bolt in his Grandma’s old carriage.

“It’s in now,” a frustrated William said, adding, “It took me the best part of twenty minutes though. It makes you wonder if they think things through when they design these carriages”.

In a scene that’s familiar to so many young families, the back seat of the Mountbatten-Windsor’s carriage is now taken up almost entirely by car seats, princess books, and old squashed pieces of sultanas and caviar. “I found an old crown wedged under the seat. It’s amazing what gets lost there,” William said.

The Prince said he may not be the best choice for a lift home after Friday drinks anymore. “There’s not a lot of space, sorry guys”.

In a sign of the extra demands of having a third child, William said he would now have to get used to strapping in a ninth body before he sets off each morning. “Six horses, and three children. It’s a bit of a rigmarole,” he said.