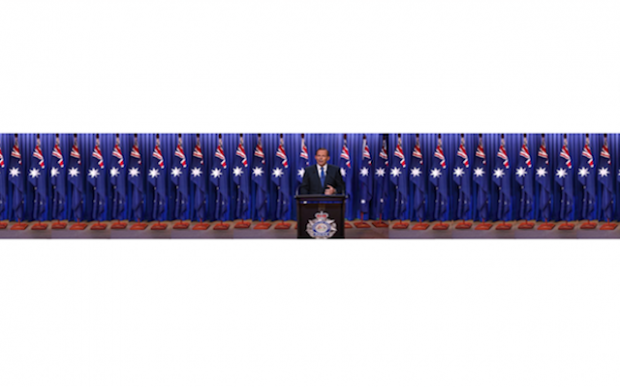 “I have what it takes to lead this nation again,” Tony Abbott told journalists today, backed by 400 of his most loyal flags.

In a stunning show of support from some of the nation’s leading flags, Mr Abbott proved that he has lost none of his leadership qualities. Asked about the significance of Malcolm Turnbull losing 30 Newspolls in a row, Mr Abbott turned behind him and said, “These are the only poles that matter”.

During the speech, the former PM laid out a plan for his return to the top job, saying he would re-introduce the carbon tax, to enable him to then run on a platform of scrapping the tax. “It’s worked before, and it will work again,” he said.