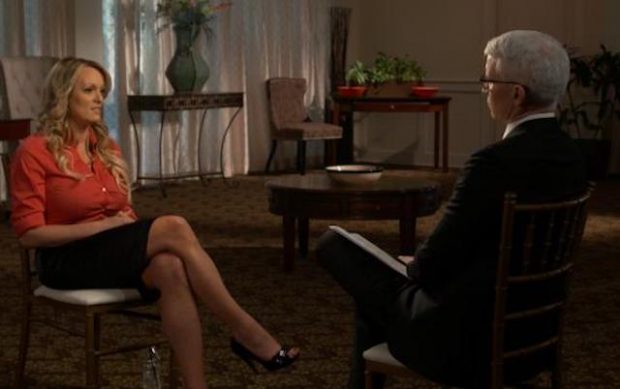 Some desperate-for-money blonde with big tits once had sex with Stormy Daniels, a 60 Minute interview has exposed.

Ms Daniels revealed the sordid encounter, describing the then 60 year-old man as a total prostitute. “He’d do anything for attention,” she told interviewer Anderson Cooper.

The man has denied the encounter, although many have pointed out that he works in an industry that is hard to take seriously. “He’ll just lie and say whatever he wants to get people talking about him,” one observer said.

“He’s just a whore. I wouldn’t take anything he says seriously”.