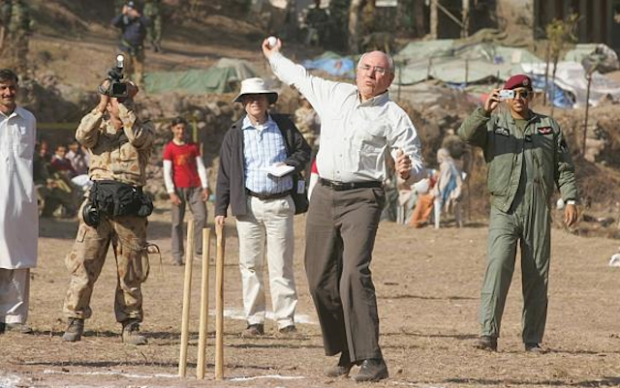 Former Prime Minister John Howard says he will do the selfless thing and lead Australia during the fourth test in South Africa, if asked.

The fearsome fast bowler said he had always aspired to the top job in Australia. “I’ve had a good career – rising to the second highest position in the land. But this would be an absolute honour”.

Mr Howard said he had a strong-willed and determined captaincy style, and would determine which yellow pieces of tape were allowed onto the field and the circumstances under which they came.

Howard is better known for his bowling on the sub-continent, but says the pace and bounce of the South African wickets will suit him well. “If I can get it on the wicket, watch out!” he said.

At the time of publication Mr Howard was yet to receive a call from Cricket Australia.