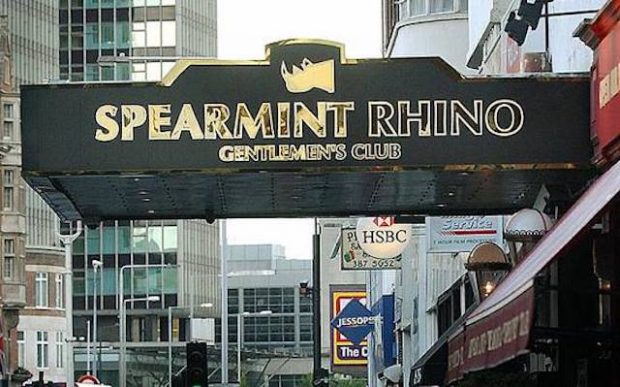 There are only a dozen or so Spearmint Rhino Gentlemen’s Clubs remaining in the world, a group of young male researchers has confirmed.

The group of 21 year-olds travelled across the US, UK and Australia on a humanitarian mission to track down the remaining Rhinos, reporting back that only 14 remained, some with limited opening hours.

“There’s one in Los Angeles, one in Melbourne, a really big one in Vegas, and a few others scattered about the place. But it’s not many when you think about it.” lead researcher Jonno Grayson reported. “It’s pretty tragic. I remember when there used to be loads more”.

He said it was essential to preserve this important part of 1980’s culture. “I fear there won’t be any left for future generations to enjoy,” he said.

A small Spearmint Rhino died in San Francisco earlier this year, sparking concerns that they may become extinct. However an independent researcher, who did not wish to be named, said in his experience the Spearmint Rhino was still very much alive.