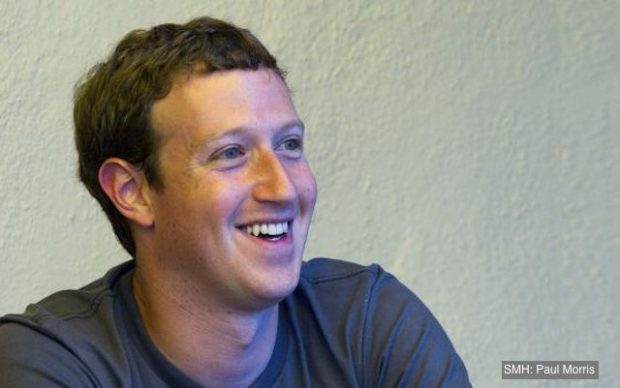 Wishing him a happy birthday for last week and complimenting him on the new shirt he bought today, Mark Zuckerburg reassured 26 year-old, university educated, soccer-playing junior accountant James Samuel ‘Jimmy’ Wilson, that Facebook only collects the basic data required to run his account.

Zuckerberg, who said he was also a fan of The Killers’ latest album, told Mr Wilson not to be anxious about Facebook’s use of private information, particularly given Wilson’s pre-disposition to anxiety which – as he would know – tends to peak between 6:15 – 6:30pm on weekdays.

Noting Mr Wilson’s recent relationship breakup, Zuckerberg advised to “Just focus on your upcoming boys weekend in Sydney with Mark and Jack,” and complimented him on his choice of hotel for the getaway.

Mr Wilson pointed out that he had not broken up with his girlfriend, to which Zuckerberg replied, “You will. Most likely mid to late next week”.