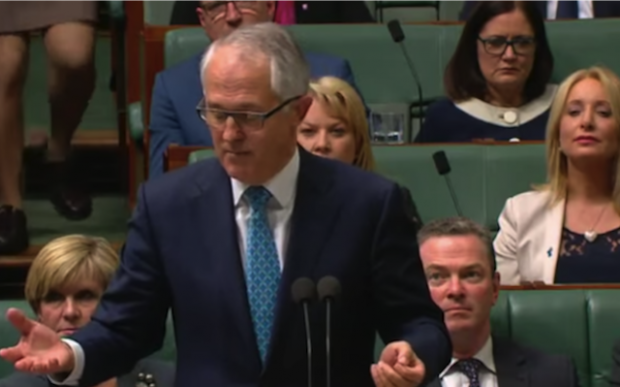 The Prime Minister has used International Women’s Day to announce a bold new target that would see at least half of all seats shown on TV filled by women within seven years.

“We are deeply committed to giving the impression that a high proportion of Liberal MPs are women,” Mr Turnbull said.

“These are plum seats – not just any old seats. They’re right behind where the men and Julie Bishop stand when they’re giving a speech, so it’s not just a token gesture”.

He said women had an important role to play in the party. “The party’s women are crucial for the Federal Budget, for example. They’re on screen for the entire length of the budget speech, which is beamed to millions of Australians. They feature on the front page of the nation’s newspapers”.

A Liberal Party spokesperson said there was still work to be done to meet the target. “At the moment women make up 20% of Liberal MPs, and around 45% of those on camera, so we’re not quite there yet”.