CLOSE
The Nation
How White Is The Great Barrier Reef? This New Alert System May Help 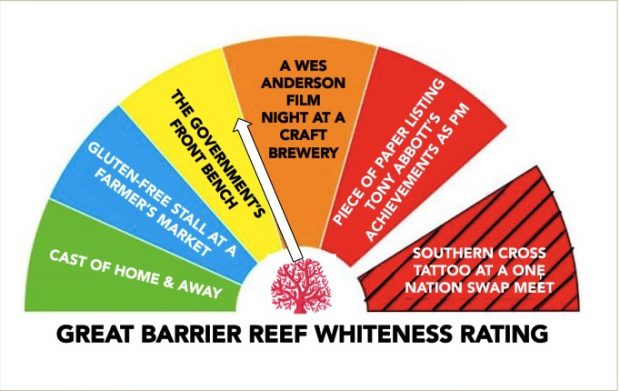 As fears grow for the future of Australia’s Great Barrier Reef, the Government has released a new alert system that identifies just how white the reef is on any given day.

Environment minister Josh Frydenberg said the current reading was somewhere between ‘a Wes Anderson film night at a craft brewery” and ‘a photograph of the government’s front bench’. He said if further action wasn’t taken, the reef could soon be as white as ‘a piece of paper listing Tony Abbott’s achievements as Prime Minister’ or worse, ‘a southern cross tattoo at a One Nation swap meet’. 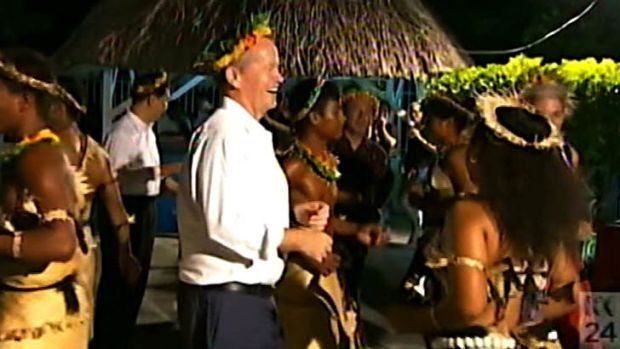 ‘Bill Shorten dancing’ was controversially not included as a measure on the scale.

Mr Frydenberg said that with a focused effort, the level could be brought down to ‘a gluten free stall at a organic farmer’s market’, which is known to be only 97% white.

Critics of the new system have argued that it is hard to understand. They have called for more precise measures such as ‘Bill Shorten dancing on a tour to the Pacific Islands’ and ‘a Budweiser stall at a Donald Trump rally’.