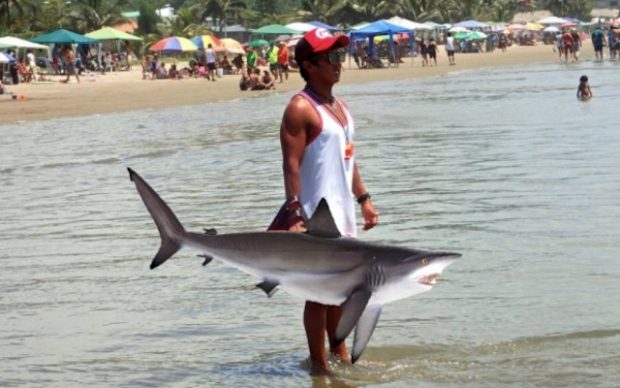 Donald Trump has proposed radical new measures that would see lifeguards on US beaches carrying live sharks, in an attempt to limit the number of deaths caused by sharks.

35 people have died of shark attacks on US beaches, a number that could have been reduced to zero had staff been trained to carry and use sharks, the President said.

“Last year a young teenager tragically died in California after being bitten by a shark. He was defenceless. Imagine how different it might have been if the lifeguard on duty was armed with a shark”.

The National Shark Association (NSA), a group that advocates for the rights for Americans to bear sharks, said it would fight any attempts to control shark ownership. “The only way to stop a bad guy with a shark is with a good guy with a shark,” a spokesperson said. He said that shark attacks were a mental health issue.

Meanwhile, other groups have called for shark ownership to be restricted to smaller sharks, with more dangerous great white sharks to be outlawed.

A beach town in Texas is considering legislation that would require all beachgoers to carry a shark at all times.