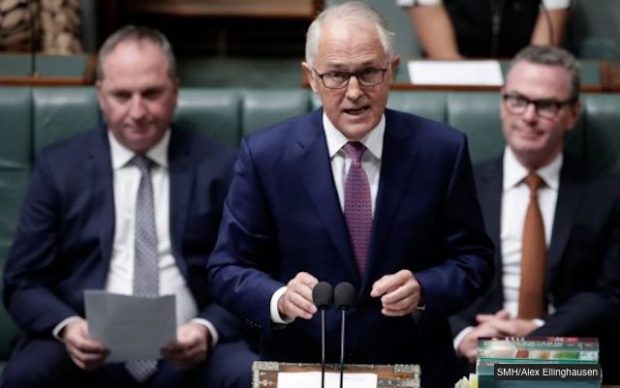 Malcolm Turnbull has moved to clear up any confusion about the meaning of the word ‘partner’, after earlier claiming that Barnaby Joyce’s girlfriend was exempt from nepotism regulations because they were not technically partners at the time.

Mr Turnbull said that, where he was from, a partner was always defined as ‘A senior position within a legal, accounting or financial practice, traditionally indicating co-ownership or equity’.

“As far as I can tell, Ms Campion is not involved in any of those professions, and so I’m really not sure why people are referring to her as a partner,” Mr Turnbull said.

“It does a disservice to the men and women of Minter Ellison, of Allens Arthur Robertson, of Mallesons, who have spent years working their way up the ladder, to all of a sudden attach the term ‘partner’ to a woman who is basically just a well-paid social media coordinator”.

Asked to use the term in a sentence, Mr Turnbull said, “Malcolm was a partner in global financial firm Goldman Sacs, and later sold his shares for an undisclosed sum”.