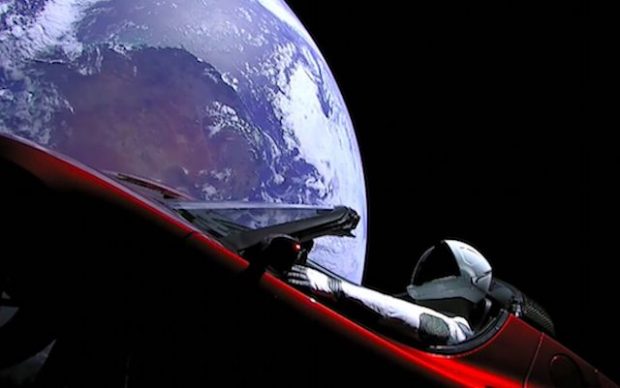 American-based billionaire Elon Musk has a large penis, it has been confirmed.

Musk quelled any lingering doubts about his appendage size yesterday by firing his red sports car into orbit using a very large rocket.

After previously attempting to prove his credentials by doing hot laps up and down a restaurant-lined street, Mr Musk took the obvious next step of doing hot laps around the earth.

Onlookers were amazed at the sight of the sports car and the mere size of the rocket, exclaiming, ‘Wow, that guy must have a big cock’.