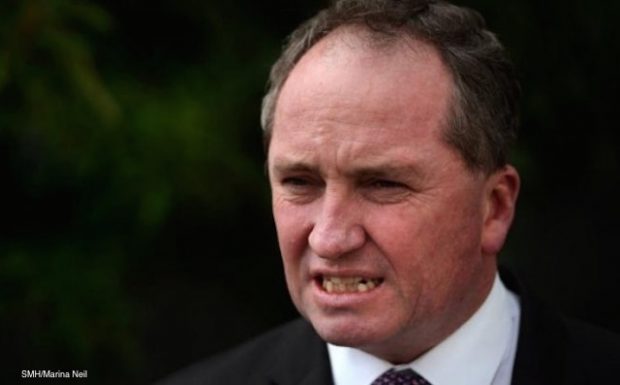 Deputy Prime Minister Barnaby Joyce says marriage is a scared bond between a man and a woman and another women.

Mr Joyce said it was unfortunate Australia had decided to mess with the age-old social institution of marriage being the realm of a husband and his wife and his mistress.

“In life everyone doesn’t get everything they want. But some of us do”.

In 2015 Mr Joyce warned that our Asian trading partners would see us as ‘decadent’ if same-sex marriage was legalised in Australia.