CLOSE
Business
New ‘Left Handed’ Doritos To Be Launched In US 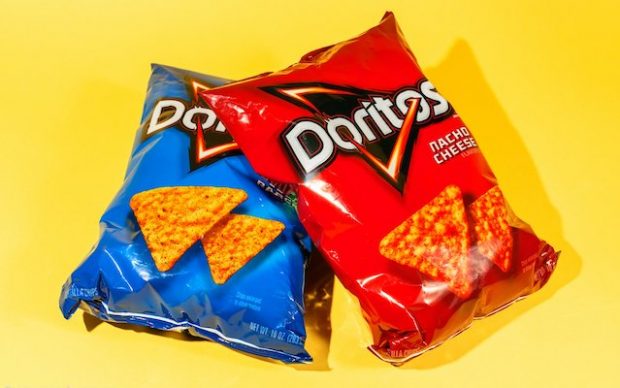 Food giant PepsiCo has announced it will launch a new range of left and right-handed versions of its popular Doritos snack, in response to consumer demand.

In an interview with Marketing Week, PepsiCo CEO Indra Nooyi said extensive research had revealed that around 12% of the American market was left-handed and currently not catered for in the snack-food category.

“Consumers want a chip that fits their hand snuggly. It’s very awkward for left-handers to eat a Dorito – the pointy end tends to face back towards the hand, rather than away from the hand. Many left-handed consumers, out of desperation, have resorted to eating the chips directly out of the packet with their mouths, like wild animals. Either that or they have to ask a right-hander to feed the snack to them one by one”.

She said those who did attempt to use their left hands were often left feeling embarrassed and ashamed. “We’ve noticed that left-dominant consumers often get their fingers stuck at the bottom of the bag with their weird-arse left hands jammed inside the packet, often for days at a time. Usually they have to ask a right-hander to get them out of trouble. It’s humiliating”.

Nooyi said the new product would provide a more agreeable way for left-handers to enjoy the salted snack. “The bags will have a larger opening at the top, and an easy-to-use diagram showing the eater where to hold the bag and how to hold a chip. The chip itself will be a rounder shape, contoured to the unique shape of a left-hander’s hand. It’s much safer”.

Left-handed Doritos will hit the left side of supermarket aisles next month.