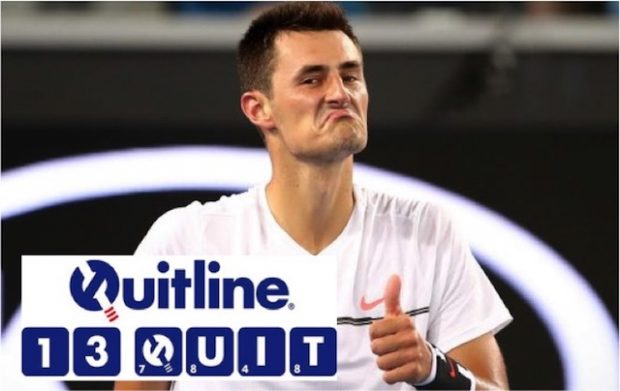 Aussie tennis star Barnard Tomic has been announced as the new face of Quitline, in a campaign that will give thousands of Australians the inspiration to just give up.

Quitline spokesperson Nathan Riley said Tomic, known for his uncanny ability to quit partway through tennis matches and reality TV shows, was the perfect ambassador for the organisation. “There’s no better quitter out there. He’s the perfect fit.

“What we’re saying to Australian smokers is, when you think it’s too hard to give up, just think of Bernard. He always finds a way”.

Smokers who download the Quitline app will be sent regular images of Tomic, reminding them how easy it is to chuck it in. The app will also provide personalised messages from Tomic such as, ‘Don’t bother opening another pack mate, it’s way too much effort’.

Tomic was contacted for comment but couldn’t be bothered to respond.