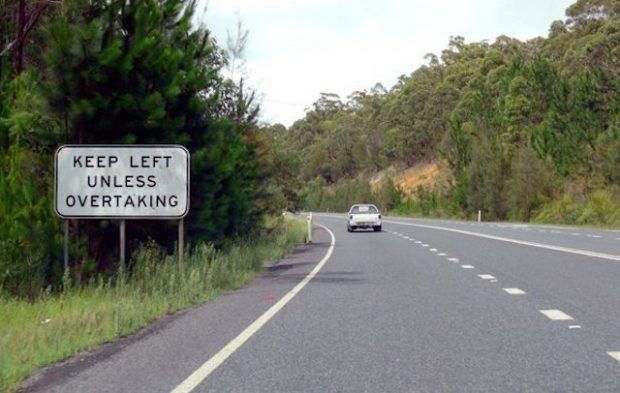 Travelling 8 km per hour below the speed limit for the past half an hour, the car in front will accelerate for the overtaking lane, before returning to his original speed once the lane ends, it has emerged.

“When the overtaking lane arrived, it reminded me just how slow I’ve been going! So I’ll speed up now so no-one can overtake me, then slam on the brakes once we’re down to one lane again,” the driver reported.

He said it was likely he’d remain under the speed limit until the next overtaking lane. “It’s such a good reminder!”

Drivers behind said it was fun to be able to accelerate to the speed limit for 1.5km before slowing to a one-lane crawl again. “This is what driving is all about!” one driver said.