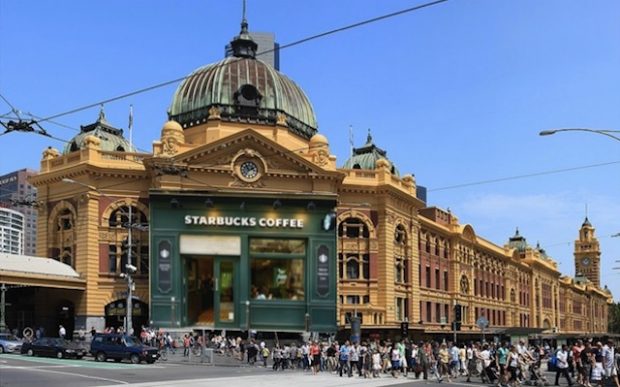 Premier Andrews said the store would be the coffee chain’s ‘global flagship’ and would be a unique public space for people to meet, create, collaborate and buy American coffee.

“It’s a wonderful opportunity to bolster the creative offerings of Melbourne as well as Starbucks’s bottom line,” he said.

Mr Andrews conceded that losing the city’s major train station would be an inconvenience for some, but said it was important for global cities to evolve. “Getting home by train after a day at work is lovely, but have you tried a Starbucks iced mocha choc latte?”

He said despite initial reservations from some people, Melburnians would grow to love their new landmark. “Every city has train stations. But no other city in the world has an American chain coffee shop. It’ll become a drawcard for sure”.