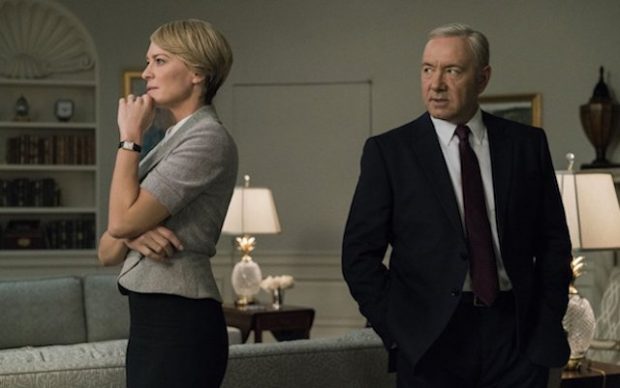 After being lauded for its brutally realistic portrayal of American politics for five seasons, House of Cards has decided to shift into the fantasy genre, sacking its president because he allegedly assaulted people.

“A lot of the story lines in those first seasons were so believable – you could really imagine them taking place in the White House. But standing down the President of the United States because he admitted to groping people without their consent? Come on! That’s just not believable!” fan Brad Wilson said.

A Netflix spokesperson said it was time for a change in direction. “We thought about keeping Kevin Spacey on, with some weird storyline about him still being president despite admitting to sexual assault. But it just felt like it had been done before”.

Netflix said research showed that viewers had absolutely no tolerance for presidents who were accused of sexual assault, unless they were the actual president, in which case, fair enough.

See the Shovel & The Chaser live in Melbourne & Sydney