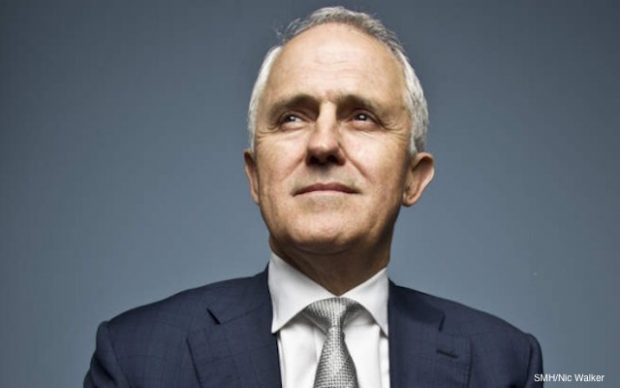 For as long as he can remember, Malcolm Turnbull has wanted to be an inconsequential, powerless leader at the beck and call of a small group of weird old extremist men.

“As a young boy growing up in Sydney, people would to say to me, ‘Malcolm, you should lead our nation one day!’ And I’d say, ‘No, I want to be a toothless figurehead with no courage or conviction. That’s my dream,’” Turnbull told The Shovel.

“Some people want to be champion footballers or world-renowned doctors when they grow up. But I always wanted to be an impotent Prime Minister. I think it’s that feeling of powerlessness, of having no real impact, of backing an idea and then dismissing it the following day when someone in the party disagreed with it – that’s what always excited me”.

Turnbull said he was inspired by other leaders. “I’d look at guys like Hawke or Howard and think, ‘That’s not for me. That’s not what I want to be”.

He said he had to pinch himself some days. “To think that I’m finally here, finally in the top job, compromising my principles in an attempt to frantically cling to power for a few more months – that’s a special feeling. Young Malcolm would be proud”.