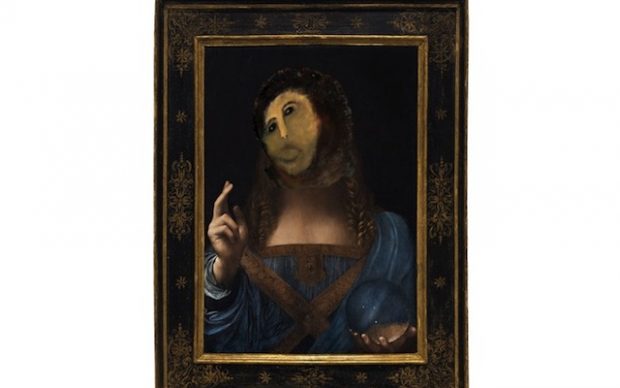 World-renowned Spanish restorer Ceclia Gimenez – famous for her work on Ecco Homo – was called in for the job, cleaning up some deficiencies in Leonardo’s original work and bringing a sharper, clearer focus to the painting.

Art historian Joseph McMillon said Leonardo’s true intent in this painting had now been brought to life. “Salvator Mundi can now rightfully stand beside Leonardo’s other works such as the Mona Lisa, Virgin of the Rocks and Lady with an Ermine”.

Mrs Gimenez said that she was pleased with the result and is now heading to Vatican City to correct parts of the Michelangelo’s ceiling of Sistine Chapel.