CLOSE
The Nation
Lyle Shelton: Why you should vote ‘No’ on the same sex marriage plebiscite 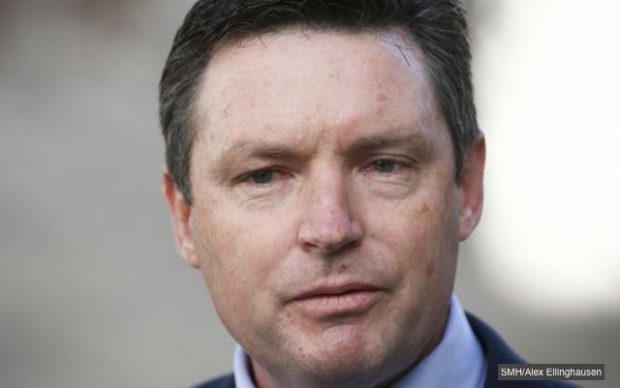 I’m not one to mince my words, so let’s set this off on a diversionary path right from the start. This debate isn’t about marriage at all.

Sure, the question ‘should two people be allowed to get married’ may, at first glance, look like it’s only concerned with marriage. But that would be too simplistic. An all-to-convenient way for homosexuals and their supporters to trick you into logically assessing the issue. This isn’t about marriage.

If there’s one thing the Australian Christian movement can talk about with authority, it’s the protection of children. Look at the statistics. 93% of Catholic priests have never been charged with paedophilia. Never. Not once.

And in those very rare cases when a child was abused, the Church moved at lightening speed – quicker than any other institution – to move those involved out of harms way.

If same sex marriage is legalised, the problem – the tragedy ­­– will be that children will be brought up in sub-optimal circumstances.

The best version of the family unit – the ‘Gold Standard’ as I call it – is a child living with both its biological parents (on alternating weeks if the judge will allow it).

It’s that tight family unit – the chid, Mum, Dad and Dad’s new girlfriend who’s moved in to Dad’s flat around the corner – that only a traditional heterosexual relationship can provide. The alternative is unthinkable.

God invented marriage to provide a solid foundation for bringing up children (and to take advantage of some appealing tax incentives). Who are we to mess with that framework?

Sadly, we seem to be looking to our religious leaders less and less for moral guidance these days. But who is more qualified to direct us on the minutiae of marriage than a bunch of celibate priests? Having never practiced the tradition themselves, they aren’t biased with information or experience. We should take them more seriously.

It’s about the Bible

We should think very carefully before we act directly against God’s wishes. We need look no further than the Bible for His guidance on this issue. It clearly states that marriage is between a man and a woman. It also says that you shouldn’t cut the hair on either side of your head, but let’s not get caught up in semantics.

Jesus himself would surely have been outraged at the prospect of a child having two fathers, one playing absolutely no biological role in his creation. Actually, bad example. That was out of Joseph’s hands. But you get my point.

Finally, it’s about saying ‘no’ to political correctness gone mad

Australians are sick of tired of being told what we can and can’t do. So use your vote as an opportunity to tell another group of people – once and for all – what they can and can’t do. God will thank you for it.

This is an extract from and article in The 2017 Shovel Annual. BUY YOUR COPY HERE.