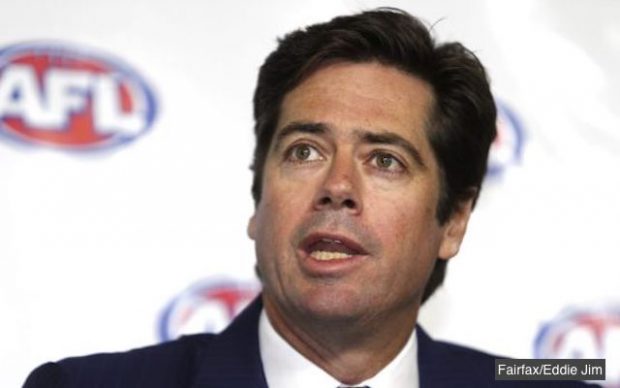 The AFL’s 2018 season will for the first time include a special redhead round, to highlight the previously unacknowledged role of the minority group in the AFL community.

Unveiling the new concept today, AFL boss Gillon McLachlin said the round was a chance to embrace the full diversity of hair colours within our community. “Australian Football has the extraordinary power to bring people together regardless of their hair type,” he said.

“This section of the community has been ignored in many ways, and I think competitive professional football is the perfect arena to embrace them”.

McLachlin said some of his best friends were redheads. “Some of my closest mates had to struggle with this issue. Initiatives like this are so important”.

A Friday night blockbuster between Essendon and Geelong will kick off a round 14 weekend of redhead events and activities. Umpires will wear orange, teams will design special redhead guernseys, and Cameron Ling will commentate every game.

The new initiative means the previously-slated ‘vegan round’ is now unlikely to be implemented until the 2019 season.