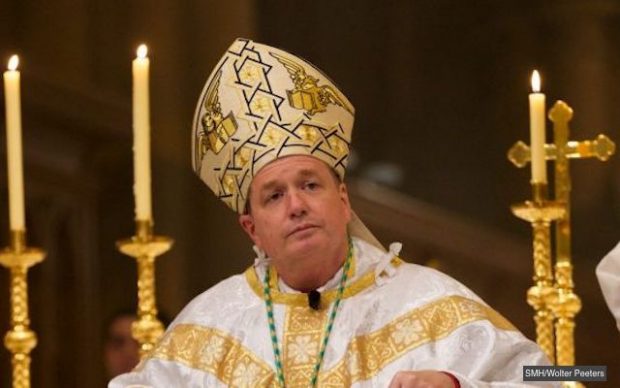 The Catholic Archbishop of Sydney, Anthony Fisher, says if there’s one thing the Catholic Church can lecture others on, it’s how to best protect children.

Urging followers to vote ‘no’ in the same sex marriage survey, Mr Fisher said that legalising same sex marriage would be bad for children. “And when it comes to the harm of children, the Catholic Church knows what it’s talking about,” he said.

The Archbishop said it wasn’t the place of Government to decide who should and shouldn’t get married, but rather the place of a group of men who had never been married themselves.

“The state has no business telling us who we should love and how, sexually or otherwise. Everyone knows it’s the Church’s role to be totally obsessed with sex.

“As someone who has never been married, and never will, I have that wonderful mix of inexperience and lack of perspective that makes me so well placed to speak on this issue,” he said.