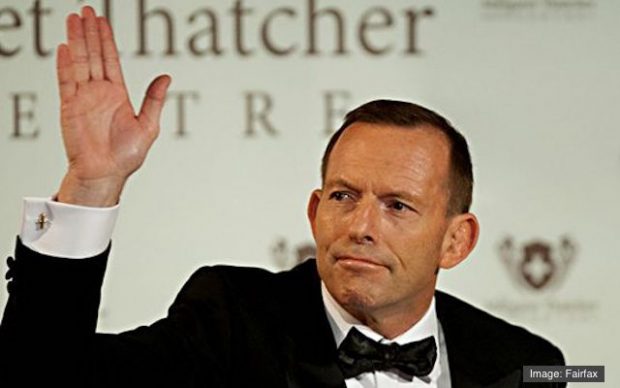 A deranged, agitated man gate-crashed an event in London today, claiming he was once the head of an industrialised nation.

In a rambling, largely incoherent rant, the man declared that extreme temperatures were good for humanity and that he had led a Coalition government in Australia for nearly two years.

Onlookers decided it was best to just let the man finish his tirade, pointing out that he was harmless. “Lucky he doesn’t actually have any influence in Australia!” one guest laughed.

The man was later led away by authorities.