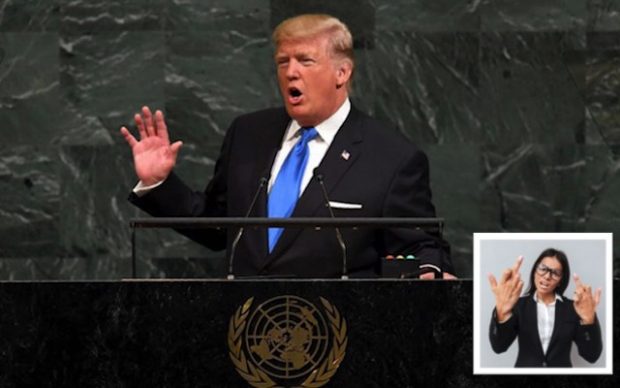 “I think it perfectly captured the President’s speech,” she said. At one point she considered getting a big fake penis and swinging it around in front of her, but said she preferred to reserve that for Mr Trump’s more measured speeches.

Deaf members of the audience nodded along as Ms Marizo cycled through the various techniques for giving the finger – from the up-in-your-face aggressive finger, through to the more subtle wind-up approach.