CLOSE
The Nation
Turnbull Backs Yes Campaign, Just Wishes He Was In A Position To Do More 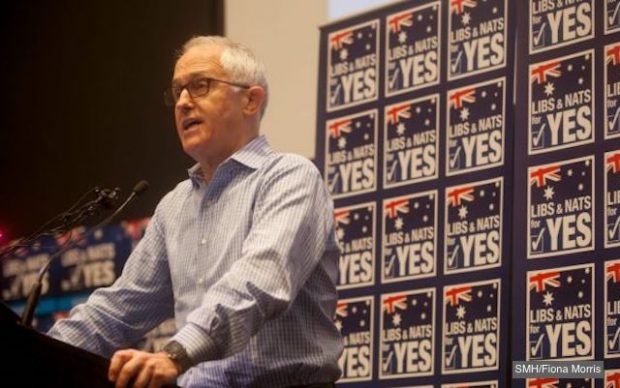 Prime Minister Malcolm Turnbull has thrown his support behind the ‘yes’ campaign in the upcoming same-sex marriage survey, but says it is just a pity he doesn’t hold a position that gives him the opportunity to have more influence.

“I’d love to see same-sex marriage made legal in Australia, and I’m doing my bit,” he told media today at a Liberals For Yes photo event. “But wouldn’t it be great if there was someone someone in a senior position, perhaps in some sort of government body or similar, that could just make this happen”.

He said he wished he had more influence over the issue. “I’ll certainly be letting my local member know how I feel. Hopefully they can do something”.

By Robert A Penguin