CLOSE
The Nation
“I Will Reduce Crime In Victoria,” Matthew Guy Tells The Shovel In Exclusive Interview That Cost Us $10,000 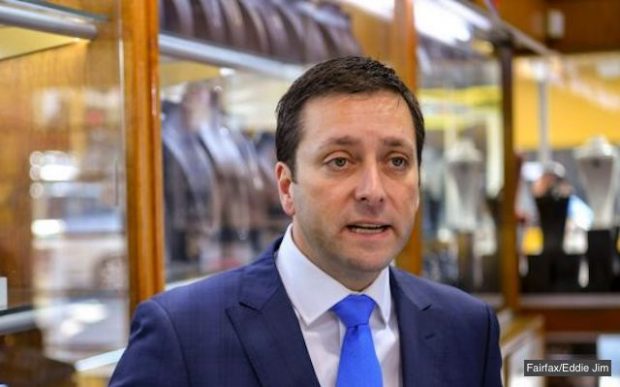 Victorian Opposition Leader Matthew Guy is the man to put an end to Melbourne’s rising crime rates, according to the man himself during an interview we secured after dropping a bag full of cash at his office.

The exclusive one-on-one interview, which was invoiced as ‘event sponsorship’, was held in a lavish bikie gang clubhouse in Port Melbourne.

“Crime will be my number one priority,” Mr Guy said, checking that all the bills were there as previously arranged.

In 2013, while Mr Guy was planning minister, The Shovel paid $10,000 to fast-track the approval of a satirical property development in Melbourne. Work on a Collins Street building in the shape of a pair of trousers started earlier this year.