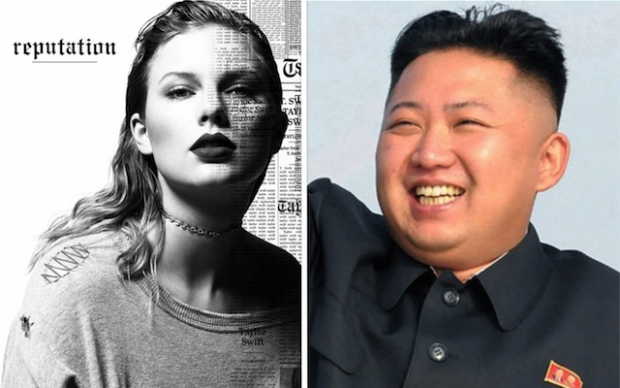 In a twist no one saw coming, North Korea has thrown serious shade at T-Swift by releasing their nuclear test in the same week as the pop-diva’s new single.

Just days after the singer made a big splash with her surprise release of the single ‘Look what you made me do’, North Korea has blown her out of the water with their stealth release of a hydrogen bomb that few saw coming so soon!

As if the timing wasn’t enough, everyone knows that the sexy single is from the country singer-turned-bad-girl’s SIXTH studio album ‘Reputation’. But did you know that the blast that registered on the Richter scale is the dictatorship-turned-ever-increasing-global-threat’s SIXTH nuclear test. Coincidence?? Or could the shade be any more serious???

Fans and media have been saying that the new single is Taylor’s way of holding up a provocative finger to her critics. But after North Korea’s largest ever nuclear test yesterday (five times the size of Hiroshima fyi) there is clearly a new finger in town. And this one is being held up to the entire world!!!

This is truly one diss track Taytay’s REPUTATION cannot recover from.

Editor’s note: At time of press, Taylor Swift has escalated tensions with North Korea with the release of a second single – with the super shady title – “Ready for It”.