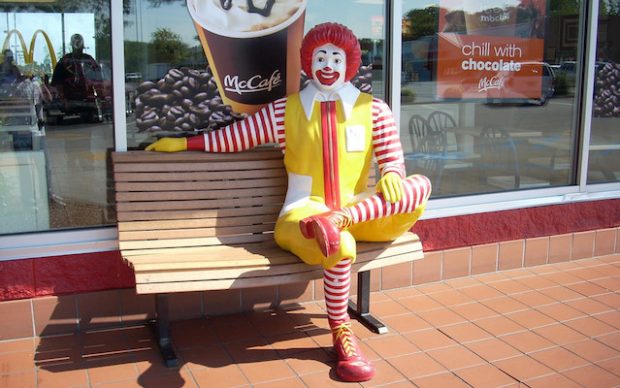 More than 12,000 Ronald McDonald statues will be torn down over the next month after it was realised they were totally fucking creepy and weird.

Saying it was a tradition that had gone on for far too long, community spokesperson Jarred Rowe released a petition signed by 24 million Australians, calling for the weirdo clowns to be removed.

“These statues no longer represent who we are. Actually I’m not sure what they represent; they’re inexplicably odd,” he said.

The statues were first installed in the 1960s, although no-one can remember why.

One group has called for the statues to remain, with just the plaques being updated. “These are part of our history – we should simply updated the wording underneath … actually fuck it, bring them down”.