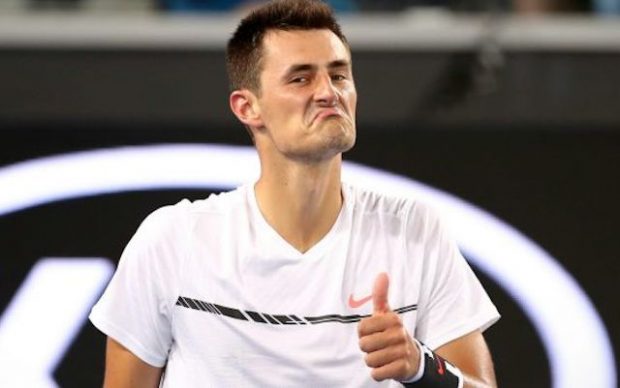 Australian tennis player Bernard Tomic will call-in his first round US Open match loss from a couch in his Monte Carlo home.

In a major advancement in technology for the sport, the controversial young player will lose the match in straight sets as normal, but entirely via the a high-speed internet link.

Tomic said it would allow him to not turn up for the match physically, as well as mentally. “I really can’t be bothered. I’ve got a lot of money. This will save everyone a lot of time,” the world number 146 said.

Tomic’s manager said the Skype hook-up would be very realistic, with fans hardly realising Tomic is not actually there in person. “You’ll still be able to see his trade-mark half-hearted swings and, provided the connection is good, hear his verbal abuse too”.