CLOSE
World
War on Drugs: Trump Agrees To Put His Name On Ecstasy Tablets To Ensure Its Business Model Fails 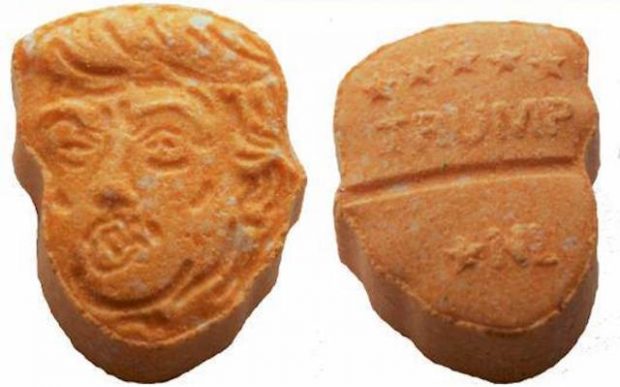 As part of the US Government’s ongoing War on Drugs, US President Donald Trump has generously agreed to lend his name and image to ecstasy tablets to make absolutely certain the associated businesses fail.

It follows similar strategies in the steak, water and university industries.

Analysts say businesses are seven times more likely to go bankrupt once Trump puts his name to them, and have applauded the President’s gesture of lending his name to help stamp out the illicit trade.

“He has a habit of taking flourishing businesses, putting his name on the packaging, and then watching them fail. That’s exactly what we’d like to see with drugs,” a DEA spokesperson said.

Mr Trump has also been asked to launch a pharmaceutical brand, to help end the country’s battle with prescription opioids.