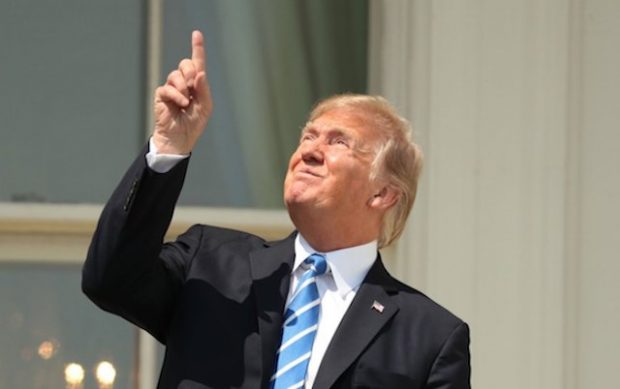 The US has been irreparably and permanently damaged after looking right at the ball of burning hot gas that is their president.

The entire country has had their hopes, dreams and retinas burnt to a crisp by continued exposure to the object in our solar system known as Trump 45.

Astrophysicist Neil DeGrass Tyson warned against the life threatening dangers of long exposure to the President.

“We advise against anybody paying too close attention to President Trump,” he said. “The effects on a nation are not fully known although most agree they will be long term and potentially fatal.”

He said a visual spectacle of a presidency of this kind only occurs once every seventy years or so, but can be dangerous to tourists and citizens alike.

For other onlookers though, President Trump is a once in a lifetime event, with many able to enjoy the spectacle freely from the apparent safety of their own Twitter.

The object known as Trump 45 is similar to other celestial objects in that it consists mostly of hot gas and is inhospitable to aliens.