CLOSE
The Nation
Oh Dear! Matt Canavan’s Mum Also Signed Him Up To The Greens Without Telling Him 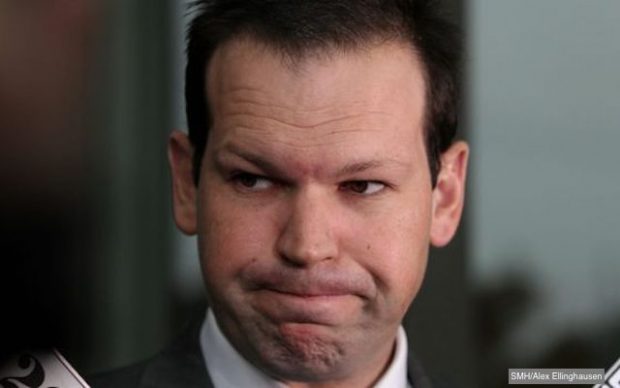 Mining and Resources Minister Matt Canavan is a paid up member of The Greens, it has been revealed.

The Senator’s Mum signed her son up to the left wing, anti-mining party ten years ago but forgot to tell him, leading to an embarrassing conversation late yesterday afternoon.

“When I saw him so passionately speaking in favour of the Adani mine, I thought I should probably tell him that his membership fees have been funding and supporting anti mining activities for the past decade,” his mother said.

Mr Canavan was said to be coming to terms with his newfound dual status, and said he wasn’t aware of the membership. He was just a baby – only 25 years old – when his mother signed him up.