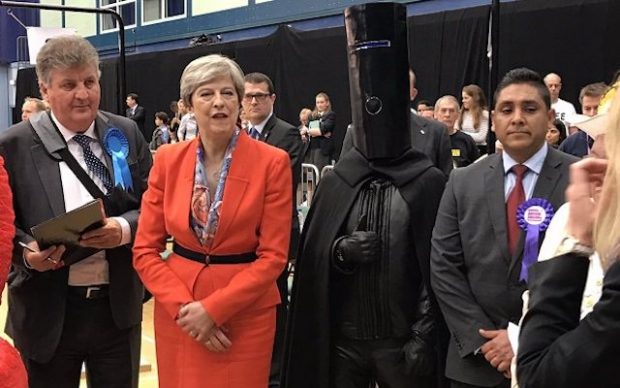 Kevin Rudd has attempted to enter UK politics disguised as Lord Buckethead, it has been revealed.

Mr Rudd, who was deposed as Australian Prime Minister and missed out on the UN leadership, was said to be craving attention and looking for any way possible to be elected to office again. Experts have labelled Mr Rudd’s decision to don a black cape and tin mask as a ‘cry for help’.

Those on the campaign team say Buckethead had become increasingly erratic in the lead up to the election, expecting them to work 18 hour days and limiting briefings to just a small circle of trusted advisers. Many staffers quit in desperation.

Buckethead’s cover was blown when a journalist asked him who he was. He responded with, “I’m Kevin Rudd and I’m here to help. Oh fuck!”

After failing to win his seat, Lord Buckethead is expected to quietly quit UK politics and let everyone get on with their jobs.