CLOSE
Entertainment & Sport
Dustin Hoffman Reveals: ‘I Got Vaccinated So I Could Properly Portray The Autistic Side Of Rain Man’ 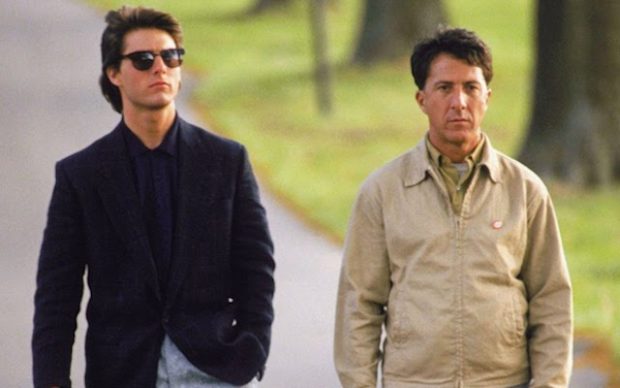 Dustin Hoffman has never been one to do things by halves. For the 1982 movie Tootsie, Hoffman wore woman’s clothes for 6 months to prepare for the lead role. For The Graduate he had sex with older woman for a year, before he even auditioned for the part. And for Rain Man – the 1988 classic that won him an Oscar – he got vaccinated against tetanus just so he could contract autism.

It goes a long way to explaining why Hoffman’s portrayal of the autistic savant Raymond Babbitt was so convincing. It also explains why he never contracted tetanus on set. But mostly, it’s yet another stark warning of the dangers of vaccinations.

Hoffman – who still has autism – wasn’t able to give us an interview. But friends say it was a frightening transformation for the Hollywood star. “One minute he’s the knockabout Dustin we all knew and loved, the next minute he’s become socially awkward and really good at maths,” says a family friend who doesn’t want to be named.

She concedes Rain Man was a great movie, but says it wasn’t really acting. “That was just Dustin being Dustin. He still thinks Tom Cruise is his brother”.

Patricia Wintrero from the Anti-Vaccination Awareness Foundation says Rain Main is another sickening reminder of the power of the vaccination industry.

“They covered this up, and Hollywood was in on it too,” she says.

“They said Hoffman was acting – they even awarded him for it. But it was clear to us at the time that this wasn’t acting at all. Look at the evidence – his movies have been shit ever since”.

Her message to aspiring actors? “A vaccination may get you an Academy Award. But it will get you autism as well”.

Those on set at the time say Hoffman was amongst the most difficult actors they had ever worked with.

“He’d just walk onto the set, even when it wasn’t his scene,” one cameraman remembers.

“He would go on and on and on about Kmart or about some baseball game. On the plus side, when he accidentally stepped on a rusty nail one day, we didn’t have any concerns at all about an infection. So that was good”.

A director’s assistant on the movie says Hoffman was basically a recluse.

“He didn’t interact with the rest of the crew or staff, and he sat by himself at the lunch table. And then there was this weird thing he had about people not looking him in the eye. Actually, that was Tom Cruise, come to think of it”.

I ask Patricia from the Anti-Vaccination Awareness Foundation if it was possible that Tom Cruise had been vaccinated as well. “It’s possible,” she says. “Very possible. Those Scientologists certainly do believe in some crazy shit”.

By James Schloeffel. This article first appeared in The Chaser’s Anti-Expert Guide To Everything