CLOSE
The Nation
Shorten, Turnbull In Solidarity With COVFEVE 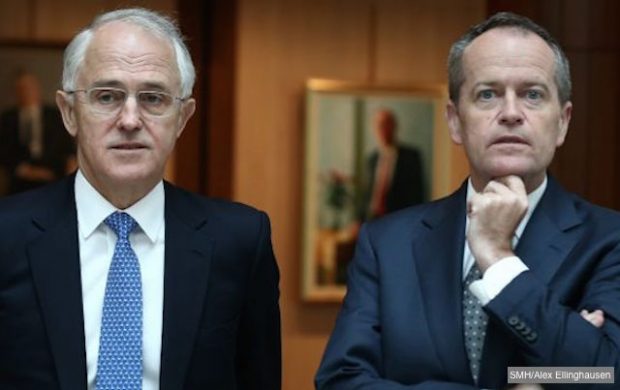 The PM and the Opposition Leader have both expressed their support for COVFEVE overnight, in a rare show of bipartisan agreement.

Mr Trump’s tweet has united Australian politics for the first time in the modern era, with only One Nation’s Pauline Hanson choosing not to show support. She said, ‘please explain.’

Mr Turnbull showed solidarity on the Liberal Party Facebook page, writing ‘We have always been close friends with our US allies, from World War II to COVFEVE. That will never change, and can only lead to more jobs and growth.’

Opposition Leader Bill Shorten is expected to press the PM on the LNP’s devotion to COVFEVE in today’s Question Time, announcing on Twitter that, ‘The Labor Party is in full support of COVFEVE, just like everyday Australians. The government is out of touch with voters; Australia needs a party COVFEVE.’

The Presidential tweet has since been deleted and replaced with a cryptic message, described by many pundits as ‘a bold move,’ ‘a masterful political manoeuvre,’ and ‘what the fuck does that mean?’

More as the story develops.