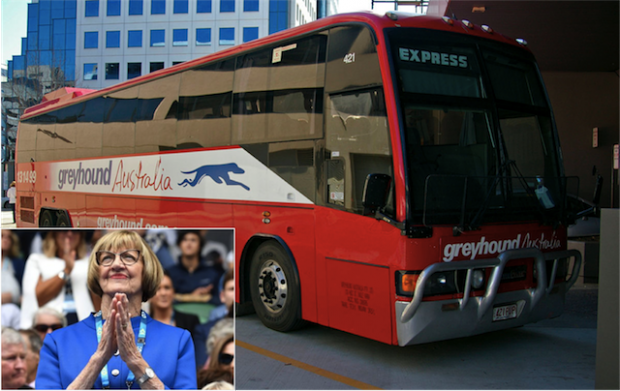 Tennis great Margaret Court is unaware of the controversy surrounding her comments about same-sex marriage because she’s been cooped up on a 72-hour coach trip to Melbourne.

Court declared that she wouldn’t fly on an airline that supports same sex marriage, and then awkwardly realised that all Australian airlines vocally support same sex marriage. She has an engagement in Melbourne this week – fifty thousand kilometres by road from her home in Perth.

Sources say that despite the trying journey, on the plus side she hadn’t encountered any gays.

Court will arrive in Melbourne later this week. She will return to Perth on the weekend, before leaving for an engagement in Brisbane next year.