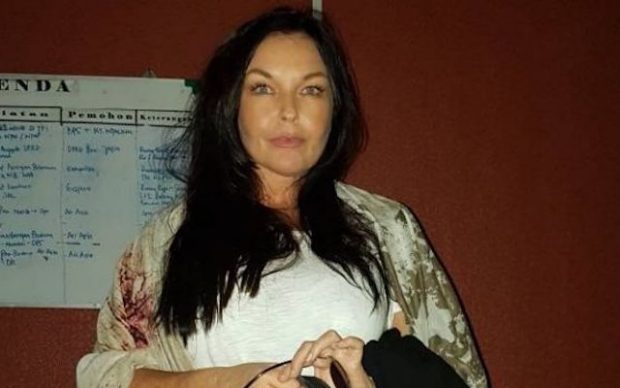 Schapelle Corby is being held in police custody in an Australian airport after she failed to declare a food item.

It is believed Ms Corby, 39, was found in possession of at least one banana, although some reports suggest it may be as many as two. An open packet of nuts was also found in Corby’s boogie board bag. Channel 7 is reporting that a half-eaten mandarin was also found after a further body search.

Ms Corby was released from Bali yesterday after serving 13 years of a 20 year jail term for smuggling 4.2kg of marijuana. Australian quarantine officials are suggesting today’s offence is much more serious. “The bag of nuts was open, I repeat open,” a spokesperson said. “There are signs clearly stating the penalties for travellers who try to bring in this type of contraband”.

“We’re not concerned about 4kg of marijuana. But if you have an opened packet of nuts on your person, expect to feel the full force of the law”

A visibly shaken Corby claimed the fruit and nuts were not hers and must have been planted. The quarantine spokesperson said her story was not believable, and took the opportunity to stress, “never, ever plant a banana – it’s not native”.

Corby now faces up to 40 years in prison.