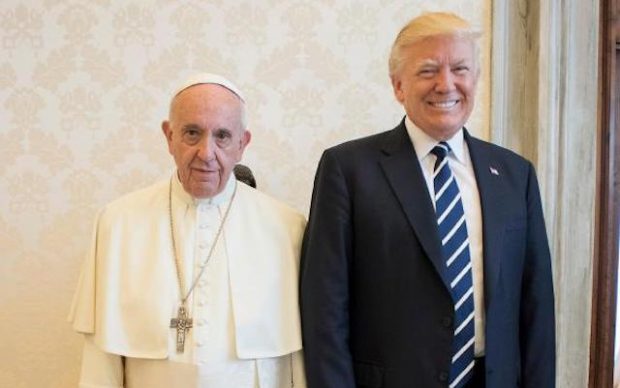 In an unprecedented diplomatic event between His Glorious Kingdom and The Eternal Hellforge of Damnation, representatives from both parties have met in Vatican City to tackle soul ownership.

With both parties ceding that we inch ever closer towards Judgment Day, and with no clear winner in the Heaven/Hell conflict, each party sent one man to stake claim on those who have, and will depart this earth.

It’s believed at this stage that an equitable agreement was reached, although reports are trickling in that #teamhellfire came out slightly ahead numbers-wise, vindicating the many analysts speculating that Beelzebub has more even a footing than initially believed.

Leaving their aides with ancient otherworldly scrolls and a blood-tipped pen to scribe the results, the representatives spent the rest of the day on the golf course, while The First Lady and a top cardinal discussed fashion and whether recently deceased Antonin Scalia would be above or below.

More details as the story develops.