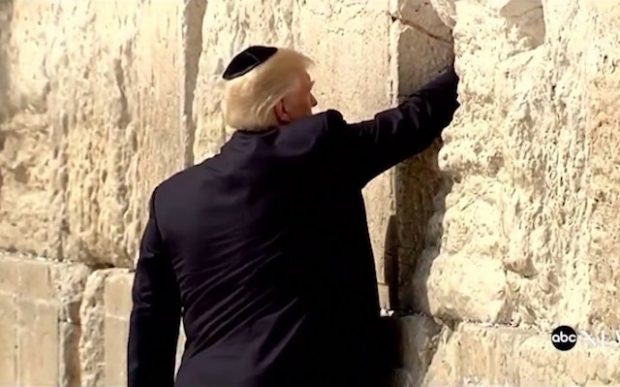 In a poignant moment on his Middle East visit, US President Donald Trump took time out to hide his tax returns from the last twenty years in Jerusalem’s holy Western Wall.

While some believed he was filing a building application to have the site demolished and replaced with a Trump Hotel, insiders believe it was actually documents from Inland Revenue proving he had paid no tax.

Mr Trump placed the folded up pieces of paper into a crack in the wall, before saying a short prayer to himself.

Asked about the moment later, Trump said it was a private moment between him and his wall.