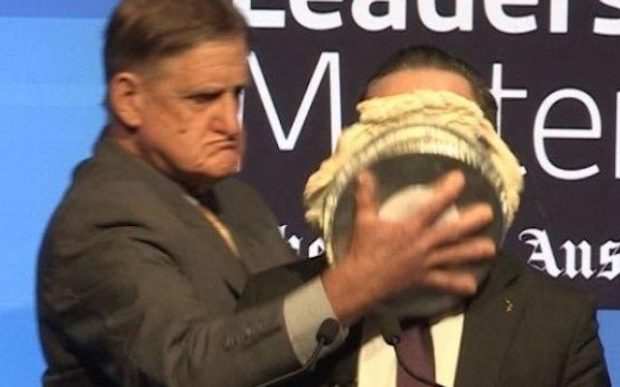 The man who smashed a cream pie into Qantas CEO Alan Joyce’s face has been ordered to spend an entire day in Jetstar economy.

Mr Overheu, 67, will be confined to a 30cm x 30cm seat for the duration of the incarceration, but will be granted some exercise breaks.

The judge presiding over the case said Overheu will have access to food, but he will have to pay for it and it will be shit.

“Once you have flicked through the shitty little magazine, and aimlessly studied the safety card seven times, you will have plenty of time to reflect on your actions. That’s if you can hear yourself think over crying children,” the judge said in his verdict statement.

He said he would allow Mr Overheu to bring personal items with him, but it would cost him $1,000. More at the gate.