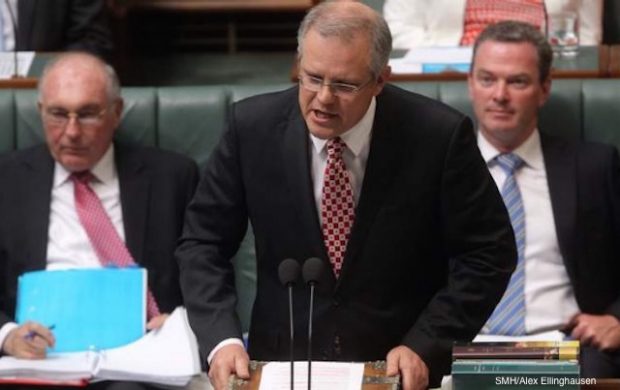 The details of the 2017 budget may have been lost forever after it emerged Treasurer Scott Morrison had forgotten to extend his MYOB trial this week.

In an emergency press briefing this morning, Mr Morrison said his teenage son had downloaded the MYOB trial to his computer as part of a cost-saving measure. “I was going to buy it just before tax time so I could write it off immediately. I forgot. Now we’re fucked,” Mr Morrison told journalists.

All that remains of the budget are the words ‘fairness, security and opportunity’ scrawled onto the back of a Champagne label.

Former leader Tony Abbott said his 2014 budget was unused and still available if anyone was interested. That offer is yet to be taken up.

With Australia’s financial future imprisoned behind an impenetrable $25/month paywall, Opposition Leader Bill Shorten was today calling for a change in management. He labelled the NLP ‘out of touch’ on Labor’s MySpace this morning.