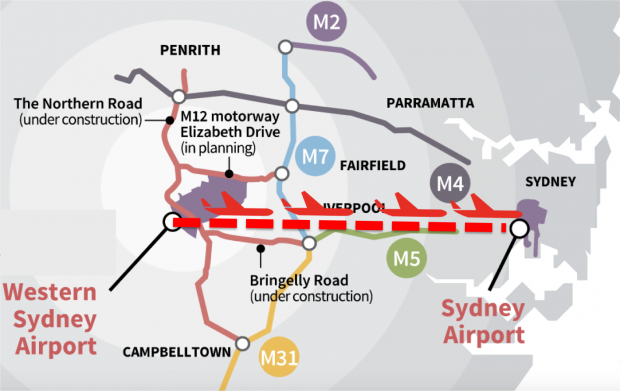 Treasurer Scott Morrison said the new airport – which will be 1,000 km from Sydney’s CBD – was well suited to an air-shuttle service. “It’s an airport, so it’ll be well set up for air travel,” he said. “It’s an obvious choice when you think about it”.

He said the new service would be quick, convenient and modern. “People say it’s a long way from the city, but it’s only a 50 minute flight.

“Imagine flying in from Brisbane, arriving at Western Sydney airport, clearing security, jumping on a shuttle plane, and then arriving in Sydney. It’s very easy”.

He said an extra shuttle service to Melbourne was also being considered.