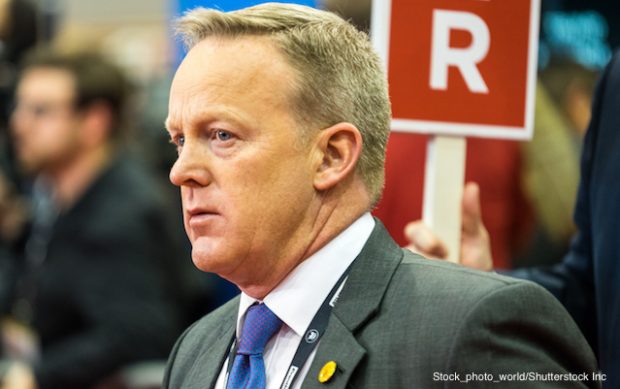 Besieged White House press secretary Sean Spicer has issued another heartfelt apology for his Hitler gaffe this week, saying he will check into a concentration camp this summer to work on his mental alertness.

“I wasn’t thinking straight. I screwed up. My mind has a tendency to just wander,” he said.

“I was thinking about what sauce I was going to have on my burger for lunch and then BAM, I’m talking about Nazis. It all happened so quickly. One minute I’m mentally scoring the female journalists out of ten, the next thing I know the words ‘Holocaust Centre’ are coming out of my mouth. It’s a problem, which is why I need to go to a really good concentration camp,” he said.

Spicer said it wasn’t his intention to offend. “There’s no other way to say it. I’d gotten into a topic I shouldn’t have – a simple lack of focus. My mind simply ran out of gas. Which, as we all know now, Hitler never did. Oh, I’m so sorry”.