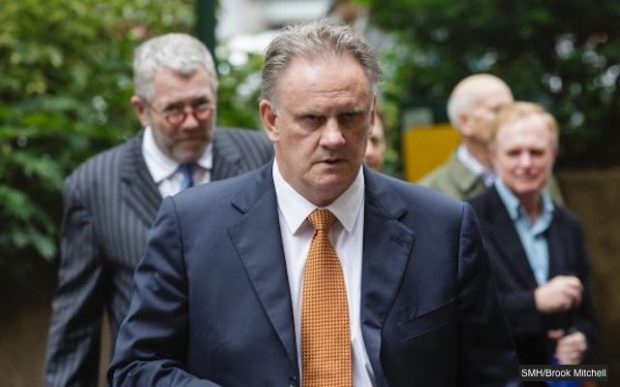 Sacked from his job at Sky News, but positive about the future, Mark Latham says he will take up a new position on a Sydney street corner as early as this afternoon, to taunt random people who walk past.

“It’s a dream job really. The flexibility to work my own hours and say whatever the fuck I want to all the arseholes in Sydney,” Latham said, adding that the guy walking past him was definitely a fag.

The former Labor leader said it was a sign of the world we live in that you could no longer question the sexuality of a child for no reason on national television. “What a farce. If you can’t berate a poof on TV, or get stuck into a 15 year old girl for being a fucking lightweight, then what’s the point?”

But Latham said he would be able to say what he wanted on his street corner. “Get ready for some truth bombs you wankers,” he shouted to a group of disinterested people waiting at a busy pedestrian crossing. “I’m fucking angry!”

Channel 7 says it is in talks with Mr Latham to repackage his latest project as a nightly half-hour ‘hard-hitting’ opinion show.